Another Long Delay--But we've been back on the road! 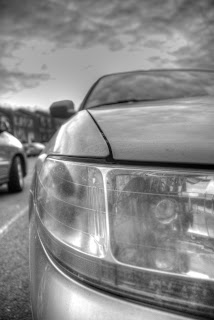 After the death of the Volvo in December, I started taking a heavy course load in school, and started writing about cars for my school newspaper, The Loudoun Lantern.  Between school and my part time job, I've been incredibly busy and haven't had a chance to update on the Honda.

So far I've driven the vehicle a bit over 6500 miles since I purchased it, in almost exactly six months.  In the six months, I've had to put new tires on the car, and fix a fairly major emissions issue, which has cost approximately $2000 all told.  Based on my depreciation estimates, the car will have paid for itself in approximately April 2012 at this point.

One thing is certain, the new tires were the best $1000 I've spent on the car thus far.  While I wasn't thrilled with the prospect of having to spend money on anything (I am a poor college student, after all) and was not thrilled that my local shop only had Goodyear tires in stock when I went to get my tires (up until this point I've only ever purchased Michelin tires) I've been satisfied with every aspect of the new ones thus far.  Hopefully they will maintain my enthusiasm, however, they will need to last the same number of miles as the last set of Michelin tires I bought, which still had plenty of tread after putting 60,000 miles on them.

I've uncovered a few downsides with this particular car, several of which I've already fixed.  First, with a CD Player and no tape deck, I wasn't able to hard-wire my iPod into the stereo.  Crutchfield sells an adapter for about $60 which makes it possible.  I bought and installed the adapter in March, which works perfectly. 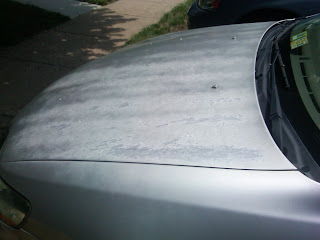 The biggest downside, which I cannot fix right now is Honda's awful paint quality (pictured right).  Honda makes mechanically wonderful automobiles.  My 1999 Accord is practically perfect in every way mechanically speaking, likewise with the interior cosmetics.  The V6 engine is phenominal, the transmission still shifts smoothly after nearly 150,000 miles, the car still handles well, and drives comfortably even at speeds up to 90 miles per hour.  The paint, however continues to flake off.  Fortunately I can say it's not just mine.  After driving around a bit and looking at other Honda vehicles from the same era, they all have the exact same problem.  I wish I could say the problem only affects the trunk, hood, or roof, but unfortunately it affects all upper surfaces of the car.

Watch for some interesting road trips in August.  I'm working on putting a few together right now, however, I'm still not entirely sure where I'll be off to yet.
Posted by Unknown at 6/21/2011 01:51:00 PM