On the Road Again: Toronto, Part 3 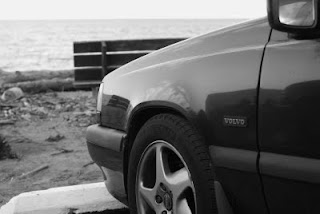 I spent my days in Canada doing many MANY fun, exciting and entertaining things.  What was most fun for me, however, was just wandering Toronto.  I never thought that would ever be the case, but I spent many hours walking through the downtown neighborhoods, wandering the Eaton Centre, and enjoying the wonderfully diverse food and people.

The most surprising thing about my entire trip was by far the final morning in Toronto.  I had not been to Tim Hortons yet as instructed by my Canadian co-worker (rather strongly instructed in fact...) So, I got up, packed my bags and walked around the corner from the hotel to the closest Tim Hortons.  I walked inside and stared at the menu board.  A lady was behind me so I told her to go ahead and order, as I hadn't come anywhere near deciding what I wanted, as I'd never been to a Tim Horton's before.  "You must be American."  Little did I know those words would begin a two hour conversation.

The final morning absolutely flew by.  I had spent the previous night downloading the Toronto maps because the Toronto Marathon was running downtown and many streets were closed for it.  Rather than spending two hours wandering the city to try to find my way out, I realized the $40 for the Toronto maps would be well worth it.

At around noon I called for the bell staff to come bring my bags down to my car.  The valet pulled around, and I realized then the damage that eight hours of highway driving in the rain did to the car.  It was by far the filthiest I'd ever seen it.  I was a bit disappointed.  You'd think that after spending $40 per night for Valet parking the hotel would atleast run some water over the car.  I guess my expectations were slightly out of line, however. 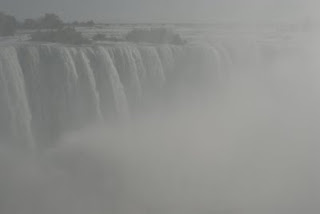 After checking out, it was on the road again.  First stop on the way home?  Niagara Falls. Parking is expensive, and I wasn't terribly impressed.  Sure the falls were amazing, but spending more than an hour there alone kind of has potentual to drive you batty.  A small tip:  Before you go to Niagara, know the exchange rates of the credit card you're using rather than paying US Dollars.  They accept them everywhere, but, the exchange rate is horrible.  I saved almost $5.00 on my parking by paying in CAD.  Another interesting tip about Niagara is my american cell phone worked just fine without roaming, however I will be getting a prepaid phone next time I make it across the border because I spent well more than the cost of a prepaid in roaming in the three days I was in Toronto. 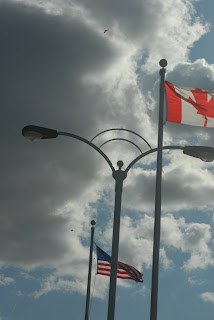 After a while I left the falls, and started across the border.  I passed straight through Buffalo without stopping this time.  The next stop I made was just to get gas in Erie, PA at the same, exact Shell station I stopped in on the way back.

The route home from Toronto was slightly different from the route up.  On the way home I bypassed most of I-90 in favor of taking highway 5.  Highway 5 is a spectacular two lane road which passes through Pennsylvania's wine country and winds along the shore of Lake Erie.  I couldn't see any significant difference in time between 5 and I-90, so from now on my rule will be on good weather days I'm taking 5...bad weather 90.