Andolini's was a unique experience.  Clearly, the restaurant was set up more to be a delivery location than a eat-in pizza shop.  I say clearly because their location is not near any housing or hotels, and has limited business interest for a quick lunch stop.

Over the years I've developed a sort of standard pizza order, the unfortunate thing is at Andolini's, the special was for a three topping pie, not four.  I like four.  Pepperoni, Bacon, Spinach, and Garlic.  Because of this I left off the spinach, where in reality I should have left off the Bacon.

The pizza was VERY good.  The crust was near perfect, and had an almost herbal quality to it.  It's hard to compare with the fluffy, airy crusts that you typically find up north except in texture.  The flavor was more similar to what you'd find in an area not as known for Italian food, but what I'd expect in a more rural farm-to-table setting. 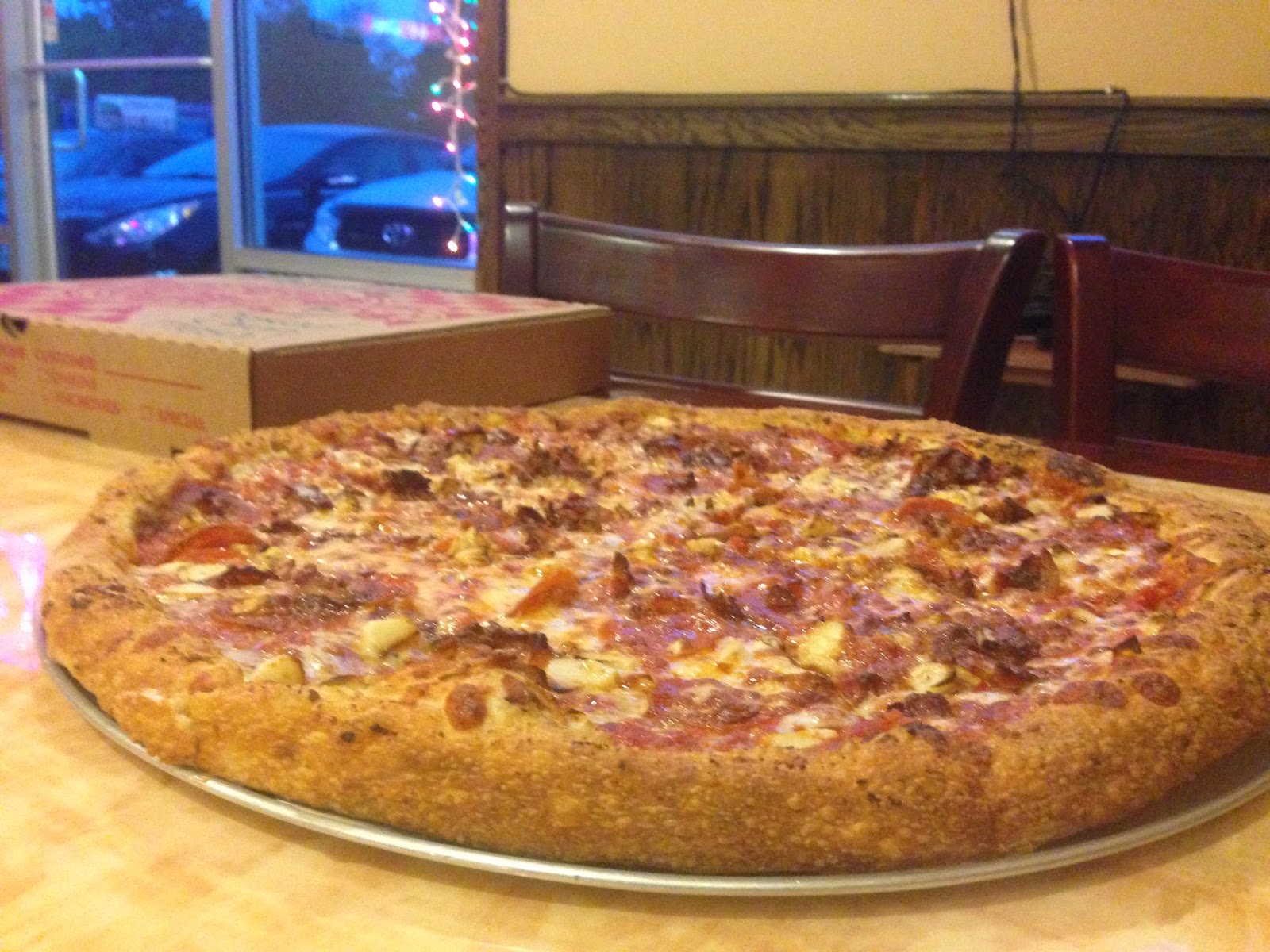 The downsides were a bit more obvious.  The first thing I'd suggest is the store should probably strongly consider easing off on the strong flavored toppings.  The bacon was good, but it was laid on so thick it was impossible to discern any other flavors except the garlic (which I'll get to in the next paragraph).  It was so thick on the pizza, I couldn't even taste the pepperoni.

Now, the garlic.  I love garlic on my pizzas.  Normally pizza shops use either a nicely roasted or minced garlic to limit the strong flavor.  Not Andolini's.  The garlic was raw, and left whole, and spread extremely thick.  I would venture to guess I probably consumed an entire head of garlic, if not more in the three slices I ate at the restaurant.  Needless to say, the next day was in no way pleasant.

Overall Andolini's is a great shop.  I'd go back in a heartbeat, but would avoid the garlic.